Mike Baron is the creator of Nexus (with artist Steve Rude) and Badger two of the longest-lasting independent superhero comics. Nexus is about a cosmic avenger 500 years in the future. Badger, about a multiple personality one of whom is a costumed crime fighter. First/Devils Due is publishing all new Badger stories, and Rude Dude is publishing Nexus. Baron has won two Eisners and an Inkpot award and written The Punisher, Flash, Deadman and Star Wars among many other titles. He also writes novels. You can find them on Amazon.

An American author, primarily known for his Green Hornet and The Terminator comic books and his revival of the pulp hero, Captain Hazzard. Early in his career he also wrote short stories and co-authored two novels for TSR. 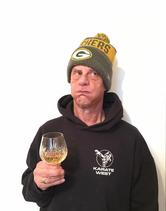 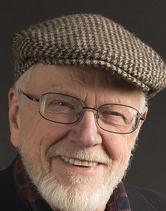 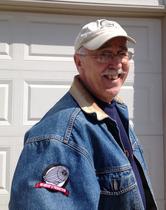 Bob Hall had a long association with Marvel Comics, where at one time or another he drew most of the major books and characters such as The Champions, Spiderman, Dr. Doom, Conan, Thor, The Fantastic Four, The Submariner, Captain America, PSI Force, The Avengers and The New Mutants. He was the artist for the West Coast Avengers mini-series and was the primary artist on the original Squadron Supreme. He drew movie adaptations of Willow, Dark Man and the notorious first Captain America movie as well as pencils and inks for the graphic novel, Emperor Doom. Bob was an editor at Marvel in 1979.
For Valiant he wrote and penciled the monthly series Shadowman, wrote Timewalker and then created Armed and Dangerous, a black and white “comicbook-noir” series.
For DC he wrote and drew the Batman graphic novel projects, Batman DOA, I Joker and It’s Jokertime.